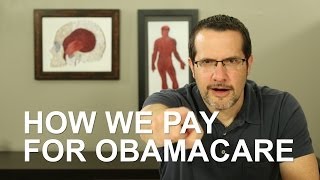 Posted at 15:46h in Business of Healthcare, Featured, Uncategorized by Jo 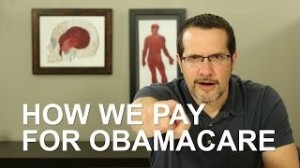 Dr. Aaron Carroll Speaks Out… We live in the richest, most well-resourced country in the history of the world. We also spend more on health care, both per person and in total, than any other country. Even so, our health care system is lacking – severely. Recently, the OECD released their latest report comparing health care systems around the world, and the US did not fare well.

Our life expectancy at birth was 26th among the 40 countries compared. Our infant mortality rate was higher than all but 9 of those countries. Even in areas we think we shine, we don’t do that well. We have the tenth-lowest rates in cancer mortality overall, fourth-lowest rates in deaths after a stroke, and sixth-highest rates of flu immunizations for people over 65. We are even only 12th in the number of hip replacements per 100 000 people, surprising given how often we are told that rationing keeps those numbers low in the rest of the world.

Some will try to blame these poor results on “lifestyle” or “choice”, but the data suggest otherwise. Kids who are 15 in the United States had the second-lowest rate of smoking and were the least likely to have “experienced drunkenness”. Our adults were similar, with the sixth-lowest rate of daily smoking and 17th in the amount of alcohol they consume. On the other hand, obesity is clearly a problem: of the 40 countries ranked, the United States has the highest adult obesity rate. But this alone can’t account for our poor quality metrics. Of 31 countries, the US had the second-highest number for avoidable hospital admissions for asthma and the tenth-highest rate for chronic obstructive pulmonary disease. Avoidable admissions for diabetes were the ninth highest.

Our health care workforce is small, 28th in the number of physicians per population and 29th in the production of medical graduates. We also have relatively few hospital beds and don’t use them much.

While we continue to quibble over the Affordable Care Act, we ignore that so much of the health care system is broken, The ACA was about access – getting more people insurance. But that is only the first step towards improving our healthcare system. It still costs way too much, and the results it delivers fall far short of what we should expect given that spending. Healing healthcare in America requires fixing these two issues and it will be much harder than reducing the number of uninsured. They will also need to be the focus of our continued reform in the future.

AARON CARROLL, MD, MS is a a policy/reform expert whose focus is grounded in research with an eye for reform. A straightforward, honest look at cost, quality and access.  Preview his YouTube series: Healthcare Triage.  Invite Dr. Carroll to speak at your next event!