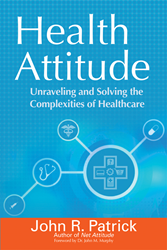 Posted at 17:12h in Business of Healthcare, Featured, Health & Wellness by Jo

Re-Posted from John Patrick’s Blog on Accelerating Cancer Treatment…I remember being at a technology conference in 1999 when teenagers Sean Parker and Shawn Fanning demonstrated a digital music service called Napster. It was the beginning of a revolution, and it made a lot of sense to me. The rock group Metallica sued Napster in 2000 and the momentum of music sharing slowed – temporarily. I never saw the problem as theft. I saw it as an industry unwilling to give up the status quo and give consumers a way to purchase music. It took Steve Jobs, the iPod, and iTunes to ignite major growth in digital music. Meanwhile Sean and Shawn went on to sell Napster and innovate in other areas. They are both young billionaires.

Billionaire programmer turned philanthropist Sean Parker has a new target for innovation – cancer. A lot of exciting research is going on in the area of immunotherapy. The concept of causing our immune system to attack cancer cells sounds simple but is quite complex. The Parker Foundation has announced a $250 million grant to form the Parker Institute for Cancer Immunotherapy, a consortium of six top academic centers and many of the field’s most influential scientists. The institute will be based at the University of California San Francisco. Other members will include the Memorial Sloan Kettering Cancer Center, New York; University of Texas MD Anderson Cancer Center, Houston; University of Pennsylvania, Philadelphia; Stanford University, Palo Alto, CA and University of California Los Angeles.

Parker’s idea is brilliant and based on common sense. Rather than conducting research in individual university or pharmaceutical company silos, the Institute will encourage collaboration among the top researchers in the field. Napster thinking for cancer research. Royalties will be shared with some retained for the Institute. The clout of the Institute should enable better management of the intellectual property created and speed commercialization of products to market. Top researchers do not think there will be a cure for cancer overnight, but are optimistic about accelerating effective treatments. See the full story at Sean Parker Turns to Cancer Research. Read more about John Patrick’s topic of medical research in Health Attitude.