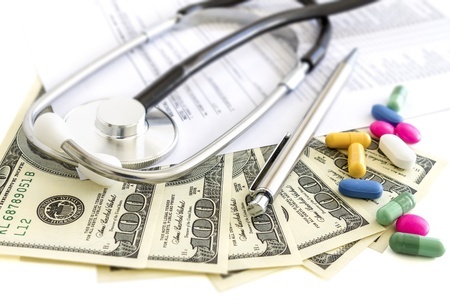 16 Jan What the Next President Should Do: Healthcare Common Sense

Posted at 17:24h in Business of Healthcare, Featured by Jo

The 2016 election is over, and a top priority for the new administration and Congress is healthcare. The candidates discussed little substance about healthcare during the campaigns, despite the fact it is approaching 20% of our economy and touches every American. You could say the problems in healthcare have been caused by action by one party and inaction by another party. You could say Republicans want this and Democrats want that, but I don’t think labeling should be the focus. The problem is Congress (both parties) are tied to special interest groups. Insurers, medical device manufacturers, pharmaceutical companies, and the plaintiff’s bar, along with Congress created our unaffordable healthcare system. We need a balanced approach which is best for citizens, not best for special interests. That is what our elected officials are supposed to do.

During the campaigns, we heard extreme positions. One suggested the repeal of Obamacare – every word of it. Another suggested we eliminate the 35 major health insurance companies and provide centralized government-controlled healthcare for every American. Now that the White House and both chambers of Congress are more aligned, there is a greater chance of gaining some consensus. I hope we don’t throw out the baby with the bath water. There is plenty of room for a middle of the road set of solutions. What we need are some common sense health care proposals.

Problem 1: The number one problem in American healthcare is the high cost. Billions of dollars are spent on legal fees to settle suits brought against providers. The result is providers practice defensive medicine. They change how they practice medicine by adding extra and medically unnecessary tests and procedures costing between a half and one-and-a-half trillion dollars per year.

Solution 1: Expand the use of accountable care organizations (ACOs). Under the ACO model, providers are paid a fixed amount per month for each consumer under an ACO contract. This provides an incentive for providers to eliminate unnecessary tests and procedures. ACOs are in operation and some are producing savings. The ACO model needs refinement, but it has proved it can work and it should be expanded.

Problem 2: The total cost of American healthcare per person is 50-150% higher than other developed countries. With 10,000 new seniors turning 65 and joining Medicare every day, our country cannot afford the out-of-line cost.

Solution 1: Let the Centers for Medicare & Medicaid Services (CMS) attack fraud more aggressively. Congress requires CMS to pay bills from providers within 30 days, even if they are suspected of fraud. Major U.S. companies do not pay their bills in 30 days even for impeccable vendors. Engage Google, IBM, Microsoft, and other technology companies to apply their Big Data and Analytics tools to assist in identifying fraud more quickly.

Solution 2: The inefficient administration of healthcare by the government adds hundreds of billions of dollars to our healthcare cost. A single payer is not practical. It would be too big. Economies of scale would become diseconomies of scale. The VA has shown how size matters. It is so big it is hard to fix. Healthcare.gov showed what happens when a national approach is taken to build a single website to serve the entire country. The solution is to combine Medicare and Medicaid processes in order to simplify administration, but distribute the combined system to the 50 states. The states already administer Medicaid and have proven they can do it well and with innovation unique to their state. They could do the same for a combined Medicare and Medicaid system.

Solution 4: Require healthcare providers to publish price lists for all tests and procedures. The lack of transparency makes comparison shopping next to impossible. Millions of people are joining the healthcare roles at an affordable cost, but the large deductibles make all of their healthcare costs out of pocket and unaffordable. They need to be able to comparison shop for healthcare services.

Problem 3: Double-digit growth in the cost of drugs is a burden for millions.

Solution 1: Allow Medicare, the largest healthcare payer in the world, to negotiate the price of drugs they pay for. Legislation in 2003 prevented them from doing so. Other developed countries pay far less than we do for the same exact drugs. In effect we subsidize their cost of drugs. This simple change could immediately save at least ten billion dollars per year.

Solution 2: Disallow television advertising of expensive drugs most people do not need. No other developed country in the world allows direct-to-consumer drug advertising. Consumers know how to research symptoms, diagnoses, and treatments on the Internet. The billions of dollars spent on advertising reduce what can be spent on research for new drugs. The AMA, which represents more than 200,000 physicians wants the ads banned. They believe, as I do, TV advertising encourages use of high cost drugs when lower cost generic drugs can often produce the same or better results.

Problem 4:  Electronic Health Records (EHRs) are unpopular with patients and physicians. The data is needed to enable more population health programs and improved patient outcomes through better family doctor and specialist collaboration. However, the EHR software is hard to use and incompatible between various providers thereby defeating the purpose. EHRs cannot be easily exchanged between providers, sometimes even within the same building.

Solution: Require the 250 EHR software vendors to use compatible data formats. Mandate standards like the Internet and credit cards have. Only reimburse providers who use compatible EHRs, when they become available. The vendors can compete on price, function, ease of use, and support, but not on data formats. Such competition can lead to EHRs which are more user friendly and effective.

Problem 5: Approximately 30 million people still have no health insurance. Studies show more than 40,000 people per year die because of their lack of insurance for treatments they need. The emergency departments can not meet this need. A review of speeches shows Presidents Carter, G. W. Bush, and Clinton, reveals they all, in different words, agreed healthcare should be available to all who need it.

Solution: The savings from the five common sense sets of solutions would provide more than enough funding to provide health insurance for all Americans and lower the total cost to an affordable level. Each American would pay according to their means. All Americans would pay something. The States would operate healthcare programs to meet the needs of all of their citizens.

Dr. John R. Patrick is a speaker and author of Health Attitude: Unraveling and Solving the Complexities of Healthcare and Net Attitude: What it is, How to Get it, and Why it is More Important Than Ever. He is president of Attitude LLC and former Vice President of Internet Technology at IBM, where he worked for thirty-five years. In addition to holding a Doctorate in Health Administration (DHA), Dr. Patrick has degrees in electrical engineering, management, and law. He has more than four decades of experience in business and ten years serving on the board of a hospital. Learn more about Dr. Patrick