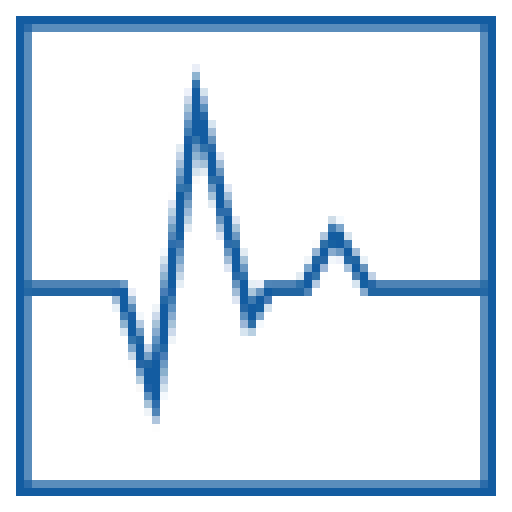 06 Mar Fixing the Drug Pricing Problem . . . lessons from around the world

Posted at 06:00h in Business of Healthcare, Featured by Jo

The one thing that all Americans agree on – politicians included- is that prescription drug prices are on an unsustainable trajectory. Americans pay, by far, the highest prices for prescription drugs in the entire world. On average, Americans pay $1,100 per year for their drugs — $300 more than Germans or Canadians do. In addition, total US drug spending has more than doubled in the past 15 years, from $121.2 billion in 2000 up to nearly $374 billion in 2014, squeezing both payers and insurers alike……all of this while the largest pharmaceutical companies are cumulatively earning $80-$90 billion per year in profits at higher margins than other industries.

The impact of this on the lives of Americans is stark. Nearly one in five Americans between the ages of 19 and 64 – 35 million people – did not get their prescriptions filled because they did not have enough money. There is no question that medicines help millions of people live healthier, longer and more productive lives, and can also prevent more expensive illnesses and treatments. It is therefore unacceptable that Americans, who have the good fortune to live in the wealthiest country in the history of the world, should be fearful that they will go bankrupt or die because they cannot afford to take the medication they need.

The pharmaceutical industry has always vehemently opposed any proposition aimed at lowering prescription drug prices, frequently claiming that it will negatively impact R&D and innovation…But innovation is not the biggest cost driver for companies. In fact, most companies spend way more on advertising than they do on researching and developing new products as illustrated in this chart, by León Markovitz at Dadaviz . 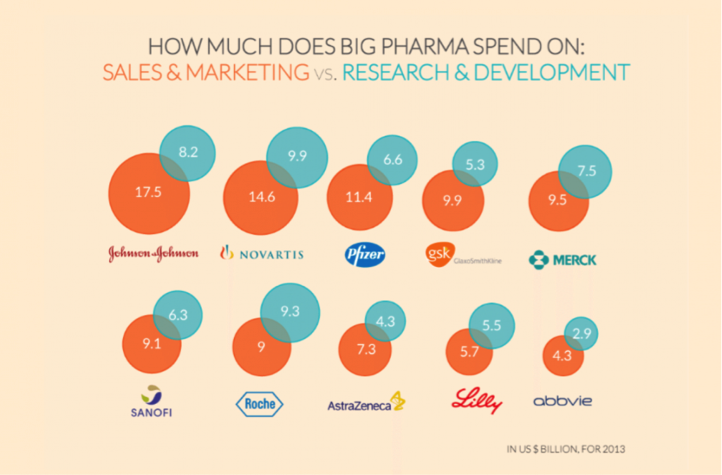 Apart from direct to consumer advertising which incidentally is disallowed in most countries around the world, this marketing push also contributes to high drug prices by encouraging doctors to use newer, high-cost products instead of cheaper generics that may perform just as well.

Despite pharma’s spurious claims of their innovation imperative being a key cost driver, there is a way to keep prices low while encouraging drug companies to innovate: we need to look to other countries and elsewhere, where drug prices are a fraction of those in the United States. Let’s review some of these strategies. The list is by no means exhaustive.

Single-payer health systems like Canada and the UK exert much more influence over the entire health care process. These governments usually create an agency that negotiates directly with pharmaceutical companies. The government sets a maximum price that it will pay for a drug, and if the company doesn’t agree, it simply loses out on the entire market.

The US is exceptional in that it doesn’t do any of these things. Instead, America has long taken more of a free market approach to drugs. Pharmaceutical companies haggle separately over drug prices with a variety of private insurers across the country. Meanwhile, Medicare, the government health program for those over 65, which is also the nation’s largest buyer of drugs, is actually barred from negotiating drug prices. Instead, Medicare is required to cover almost every drug the Food and Drug Administration approves for the market. That gives pharma much more leverage, and it also means there’s no quality control over which drugs get covered and which don’t.

So drug companies in the United States do what any other profit-maximizing company does — they try to get the highest prices possible without going so high that no one will buy them. And they do this because they can. Drug companies in the US set the prices at whatever the market will bear!

Germany, Spain, Italy and several other countries have pushed drug prices lower with a system called reference pricing. Here’s how it works: Drugs are grouped into classes in which all drugs have identical or similar therapeutic effects. For example, all brands of ibuprofen would be in the same class because they contain the same active agent. The class could include other nonsteroidal anti-inflammatory agents like aspirin and naproxen because they are therapeutically similar. The insurer pays only one amount, called the reference price, for any drug in a class. A drug company can set the price of its drug higher, and if a consumer wants that one, he or she pays the difference.

Setting the reference price low enough puts considerable pressure on drug manufacturers to reduce prices for drugs for which there are good substitutes. If they don’t, consumers will switch to lower-cost products. In British Columbia and in Italy, the reference price is set at the lowest-price drug in the class; Germany uses an average price across drugs; Spain also uses an average, but only of the lowest-priced products that account for at least 20 percent of the class’s market.

In an effort to reduce soaring prescription drug prices and also improve prescribing and dispensing practices, South Africa instituted a single exit price (SEP) mechanism for all medicines in the private sector. This legislated total transparency in the pricing structure of pharmaceutical manufacturers, wholesalers, and providers of services, such as dispensers of drugs. The SEP is the price that leaves the manufacturer site (set by a National Pricing Commission)until it reaches the pharmacy or dispensing site. The only addition to the SEP is the dispensing fee which is included at the point of dispensing. The SEP never changes unless the manufacturer makes an application to the Commission. The dispensing fee may be discounted by the dispenser but no rebates, discounts or incentive schemes or allowed for the drugs per se.

Most countries promote the use of generic drugs, and several countries have introduced generic substitution in order to increase the use of generics .The rationale behind this is simple. After a drug gets FDA approval, its manufacturer enjoys a period of monopoly through patent protection — which means it can generally demand higher prices. Once that exclusivity period is over, generic drug makers can enter the market, offering low-cost copycats. These drugs are drastically cheaper than their brand-name counterparts, mainly because generic drug makers piggyback on all the research and development that was done by the original drug maker. This means generic manufacturers don’t bear the same R&D costs. They also don’t spend much on marketing — a massive cost for pharma…Generics that entered the market between 2002 and 2014 reduced the price of medicines by 51 percent in the first year and 57 percent in the second year following loss of exclusivity.

To derive full benefit from the cost savings of generics, we have to either facilitate the easy import of generics and/or create a context where a competitive local manufacturing sector can thrive, In addition it is imperative to expedite the multi-year generic drug approval backlog, which has kept competitors off the market, and can help lower overall prescription drug prices Countries like Canada, South Africa and Sweden also mandate generic substitution. In this case pharmacy personnel are obliged to offer the patient the cheapest available substitutable drug, unless substitution is restricted by the prescriber.

As it stands, other countries are far ahead of the United States in pricing drugs to promote cost-effective healthcare. But interest in new approaches is growing here too. Although there is no single best way, countries which have implemented combinations of the above are achieving some success in the face of resistance from the pharma industry. Optimal pricing strategies will require government, pharma and society to work together to ensure that we achieve optimal pricing strategies while at the same time ensuring quality of care, promotion of the innovation agenda and the sustainability of the pharma industry.

FEATURED BLOGGER Dr. Rubin Pillay is a medical futurist and international expert in health leadership with a global reputation in innovation and 28-year career clinician & academic leader.  Follow him on Twitter@PillayRubin and Facebook https://www.facebook.com/rubin.pillay.77

INVITE Dr. Pillay to keynote your next event!