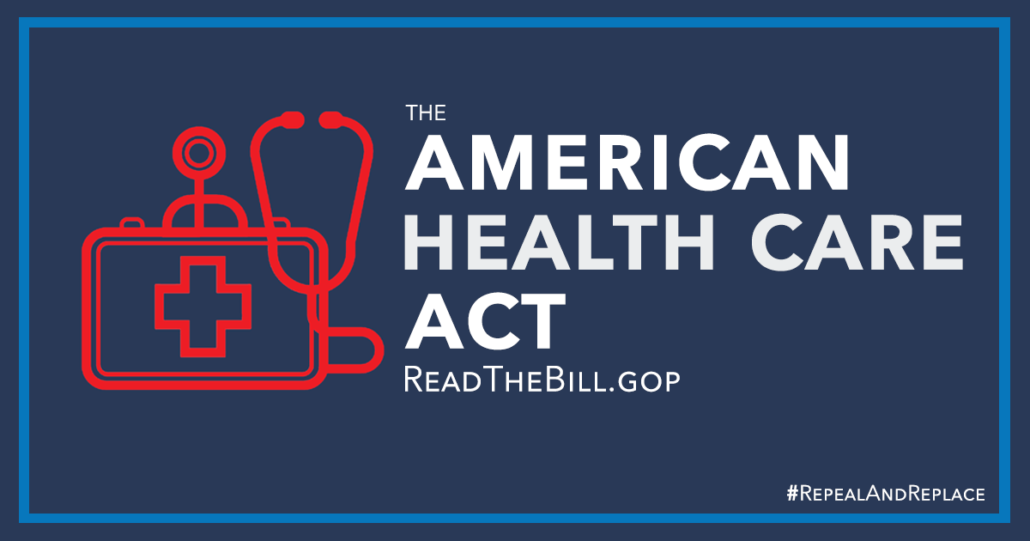 Posted at 06:00h in Business of Healthcare, Featured by Jo

After a seven year wait to repeal and replace President Barack Obama’s signature health care law, the GOP’s much-anticipated replacement collectively called the American Health Care Act (AHCA) was unveiled this week. Amidst a revolt from the left and right, doctors, hospitals and insurers, the plan cleared its first hurdle at 4.30 am on Thursday- approval by the House Ways and Means Committee and The House Energy and Commerce Committee after 18 and 27 of hours of debate respectively. It now has to be approved by a full House and the Senate…the former likely (although not guaranteed) and the latter impossible without bipartisan support.

In essence the AHCA will:

The criticism from the right is that it does not stop government-mandated health care and is essentially an “Obamacare light” version. They want a total repeal and a replacement with a market based approach to the insurance industry as the bedrock of their replacement, which incidentally has never succeeded in any other country. The ACHA also drew skepticism from some of the GOP’s more moderate members, whose constituents have benefited from expanded coverage in recent years.

Major associations representing physicians, hospitals, insurers and seniors (including AARP, the American Medical Association, American Hospital Association and America’s Health Insurance Plans) all leveled sharp attacks against the AHCA intimating that these proposals could leave vulnerable Americans with fewer protections than they now have.

Democrats also immediately assailed the GOP bill as a plan that would strip insurance from people who gained coverage under Obamacare, cut taxes for the wealthy, and reduce funding for Medicaid.

The backlash from left, right, center and industry has come even before the nonpartisan Congressional Budget Office (CBO) analyzed the bill to model the legislation’s impact on the budget and Americans’ overall health care coverage. This is due shortly and based on preliminary analyses seems to suggest support of the thesis that the AHCA will result in increased numbers of uninsured.

Although the AHCA in its current form revolves around insurance reform, it makes no mention of cross border insurance sales. It also neglects to address the drug pricing issue, so for now it’s business as usual on that front. Perhaps pleasingly for the leaders of patient care organizations there is also nothing at all in the legislation connected to the internal health system reform provisions of the law. So they can continue to move forward now with confidence to put into place the organizational, process, and technological infrastructures needed to pursue value-based care delivery, clinical transformation, operational optimization, and population health, in its broadest sense.

As of now there is no guarantee that the AHCA will prevail in its current form. The speaker cannot afford to lose more than 21 Republican votes if the American Health Care Act is to pass, and opponents are promising to use that leverage to force changes to the bill. Republicans also have just a 52–48 majority in the Senate, so the loss of four votes would doom any legislative reform, noting that total repeal and replacement will not be possible without a 60 supermajority.

In sum, at this time it seems as if the ACHA will have to undergo radical revision just to garner the necessary Republican votes let alone gain bipartisan support. If it does prevail in its current form we should know pretty soon from the CBO what the cost and coverage implications are. If you are in the provider space, this latest set of developments should encourage you to move ahead and make the transformation of the healthcare system a strategic, operational, and practical focus.

FEATURED BLOGGER Dr. Rubin Pillay is a medical futurist and international expert in health leadership with a global reputation in innovation and 28-year career clinician & academic leader.  Follow him on Twitter@PillayRubin and Facebook https://www.facebook.com/rubin.pillay.77

INVITE Dr. Pillay to keynote your next event!